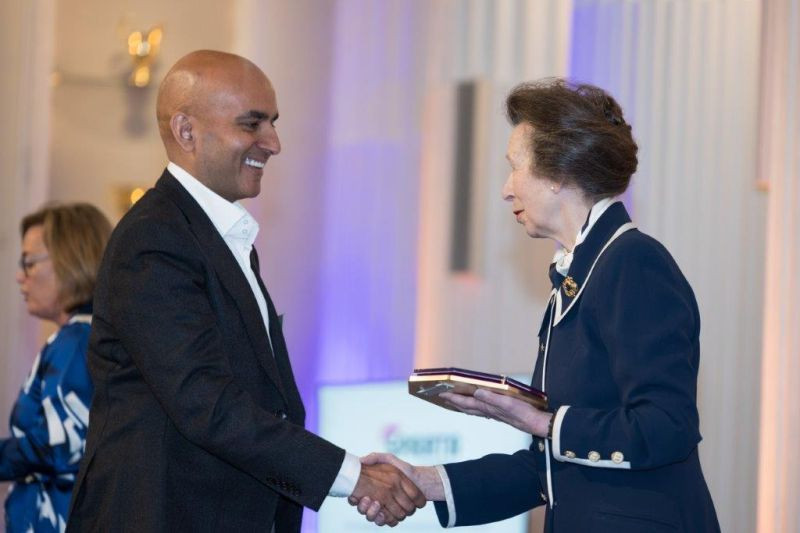 LONDON, 4th May 2022: On Thursday 28th April, Her Royal Highness The Princess Royal, presented David Rai, CEO of Sparta Global with its Princess Royal Training Award for commitment to training and development in 2021. Joining 48 other award-winning organisations at Mansion House in London to celebrate receiving the 2021 award, Sparta Global – a provider of business and technology training and careers for emerging talent – was also awarded special commendations for demonstrating a significant commitment to inclusion and diversity, and developing and delivering best practice in training.

Currently in its sixth year, The Princess Royal Training Awards recognise and celebrate organisations across the United Kingdom that have demonstrated exceptional commitment to training and development. Despite unprecedented challenges due to Covid-19, the organisations receiving this standard of excellence had created and delivered highly engaging training programmes which resulted in significant and measurable impact.

The organisations that received the award in 2021 differed in size and spanned a diverse range of sectors. From large national employers such as Barclays, HMRC and Sky UK through to smaller organisations such as Thames Skills Academy and children’s charity The Mulberry Bush.

Sparta Global was recognised for its “Inspiring fairness through language: an ED&I and GDPR approach to curating language” workshop - developed to support its mission to attract, train and deliver more diverse talent to the UK IT industry. The mandatory language training ensures all teams are aligned to the same goal and that their actions are reflective of the social and impactful change Sparta Global is bidding to make in the technology industry.

The training enables Sparta Global to:

"To be recognised for two further commendations at the awards presentation – for diversity and inclusion and best practise training – was further evidence of the determined and impactful work our teams are doing to democratise digital skills training and support early careers development for diverse communities. I am proud to lead an organisation with a true social purpose”. 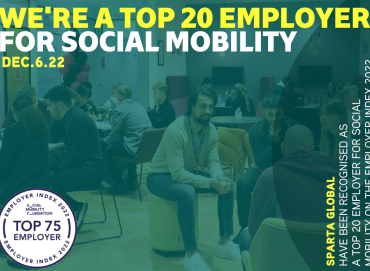 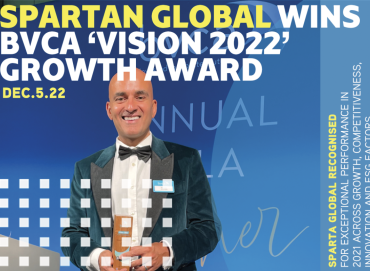